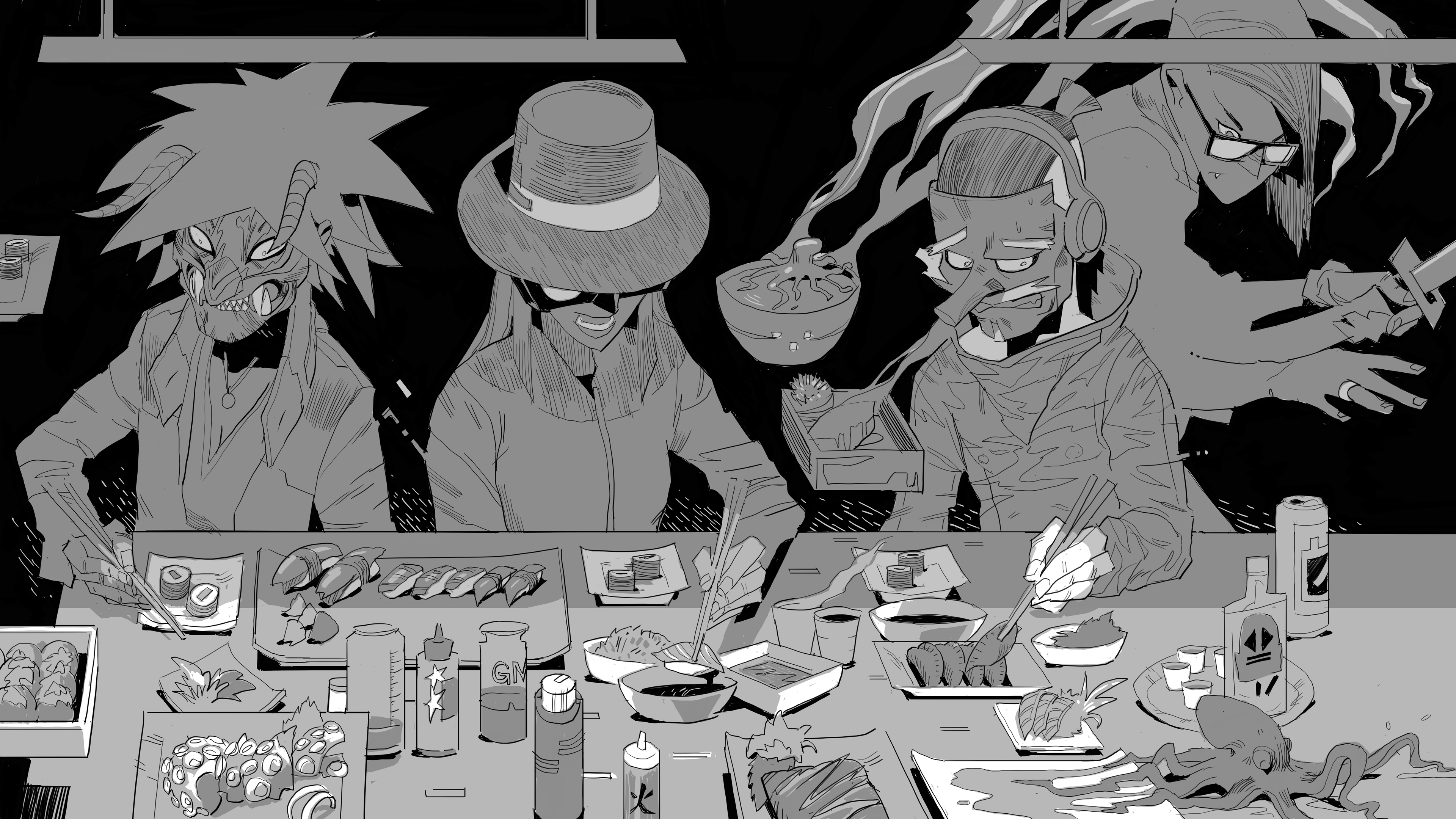 Life in the Ethereal Enclave was peaceful and prosperous. Rule under the emperor granted eternal life; there was infinite leisure for music, arts, and poetry. Time passed without thought while citizens of the Enclave enjoyed eternity in one of many sprawling districts.
‍
Some say the Ethereal Enclave spans endlessly and few have ever ventured to the edges of the city. An endless urban landscape seamlessly blending old and new. Spire-like pagodas of a time long since past rise aside sleek modern architecture, while endless highways twist between them. All the while Nano tech autonomously helps in the operation of the Ethereal Enclave--from eliminating pollution to curing diseases; its citizens were without ever a thought.

For many this was bliss, but then they all felt it. News spread quickly, when the Emperor suddenly died without an heir. Every citizen of the Ethereal Enclave felt the change in frequency; they became aware of The Shift. The technology that had once sustained their eternal life failed, the Nano Zones began to malfunction and what was once everlasting has now been condensed to a mere 7,777 hours.
‍
Panic stricken, the people of the Enclave began to migrate from their homes to districts away from the dangerous Nano particulate, which killed many who came into contact with it. Neighborhoods quickly grew dark and a new danger arose.

With the Emperor’s death, the once central authority was no more.
‍
From the ensuing chaos, new forms of authority arose. Clans formed to claim their districts. The once joyous sounds were now deafened by the roar of roaming squads and the peace was brought to an end.
‍
Now, with each passing second, the world that once sustained them grew increasingly more dangerous.

The Demon's Kiss: The 0N1's old haunt where the lost and remaining gather for a stiff drink. It was their last reprieve from the Ethereal Enclave's lonely nights.

The 0N1 gathered together, all 7,777, into the ageless bar. They spent the evening sharing tales of loss and celebrated life in the company of each other. 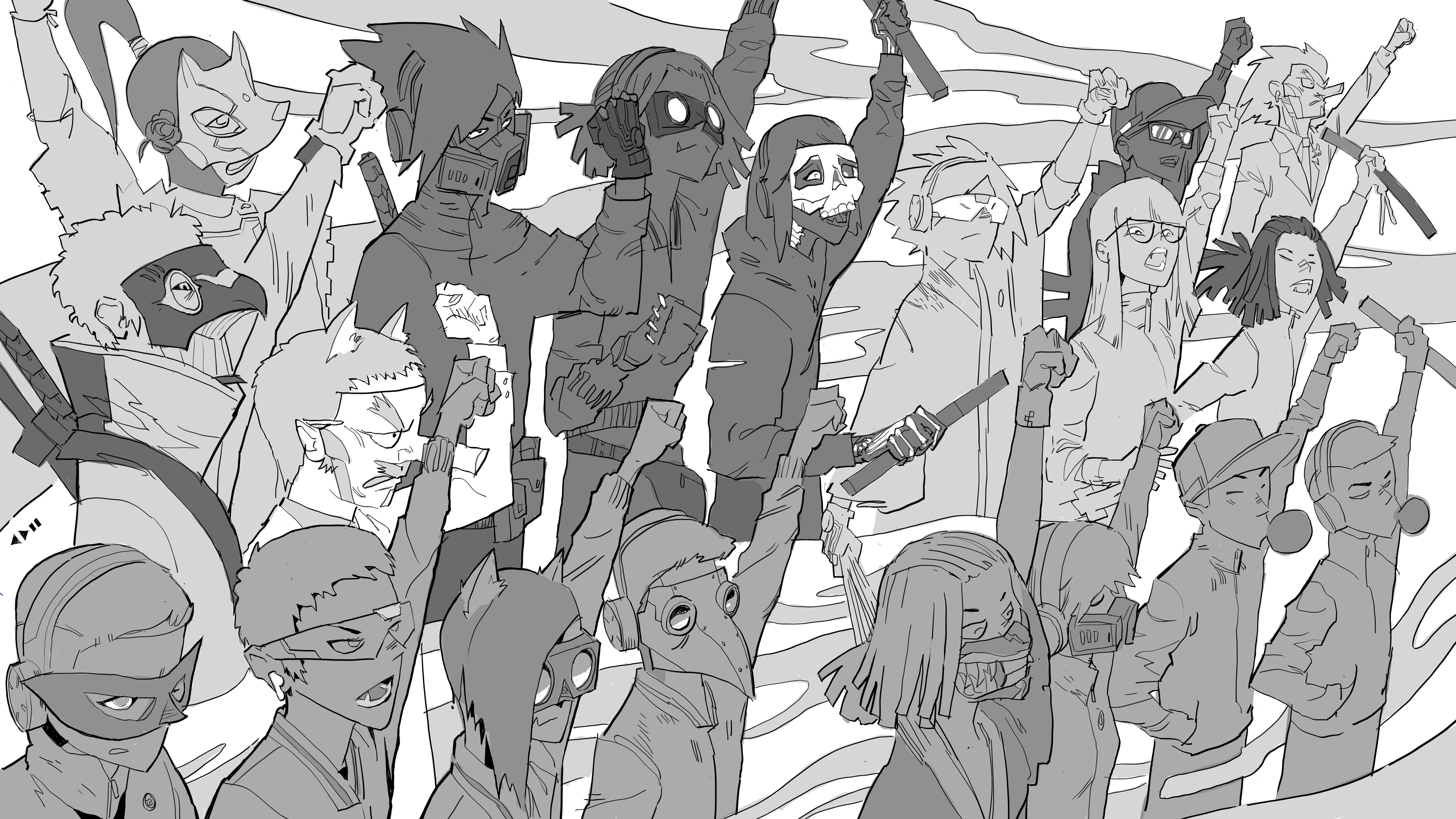 On the night they felt The Shift, with the sound of chaos in the streets, the voice of M0R1A echoed within the Demon's Kiss.
‍
Throughout the night, the music played while the 0N1 KA1 was on stage. While the 0N1 danced, they felt The Shift quite differently...
‍
As they gathered, their Spirit grew. They felt a renewed Strength, and together they embodied Style.
‍
In that moment of solace, the 0N1 would begin to move as One. 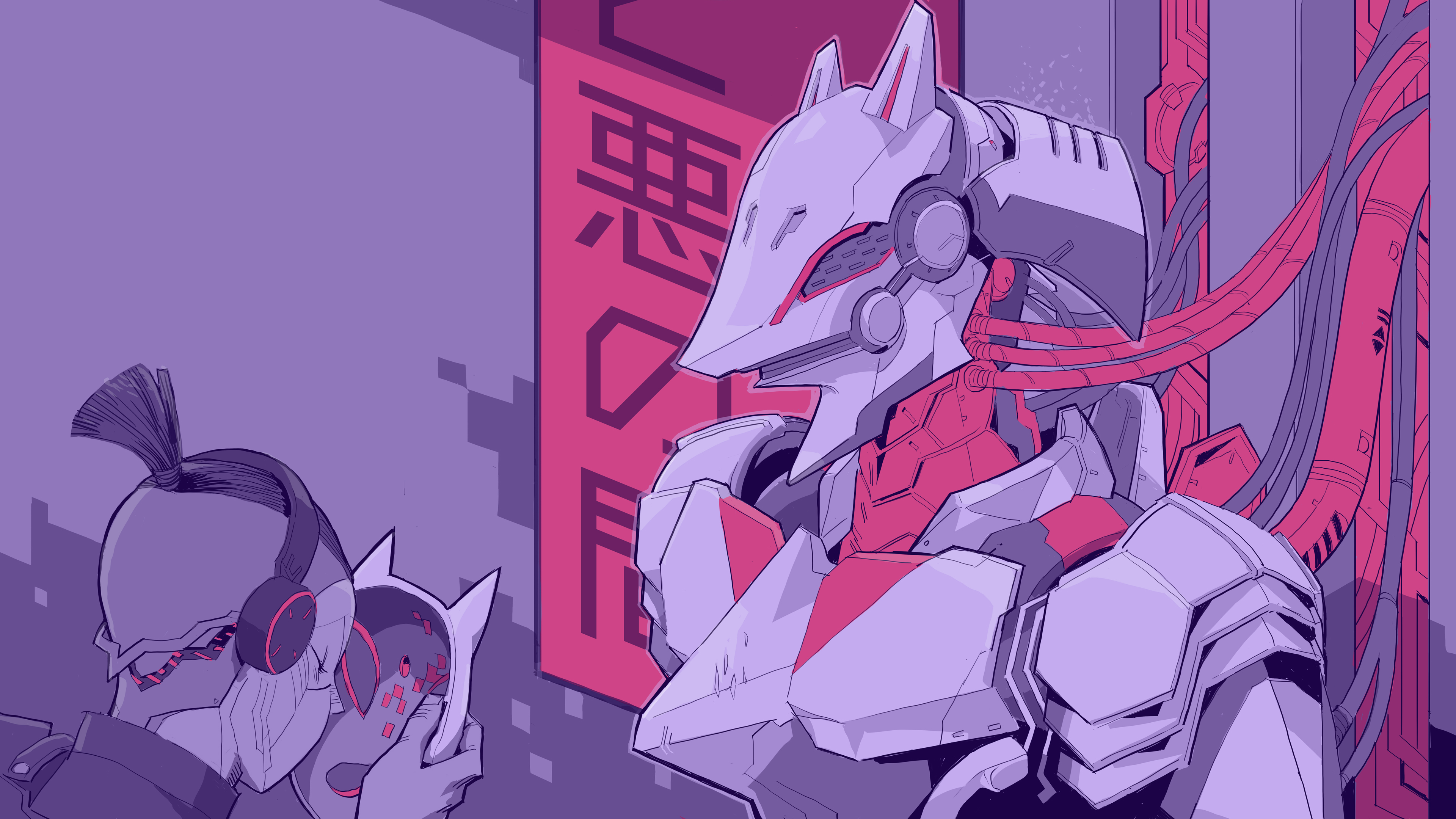 Through the sounds of the DJ, the voice of M0R1A could be heard, leading to a room beneath the Demon's Kiss.

In a room long forgotten, with the words echoing in their minds, they stood before their matching frames.
‍
“You...Member of the 0N1 Force, suit up and engage to protect yourself.”
‍
Something about these mechanical suits seemed familiar; a fleeting memory. As each 0N1 entered, they all felt as if they had been fitted just for them.
‍
At that moment, the 0N1 realized how complacent they had become, as chaos exploded across the Enclave. 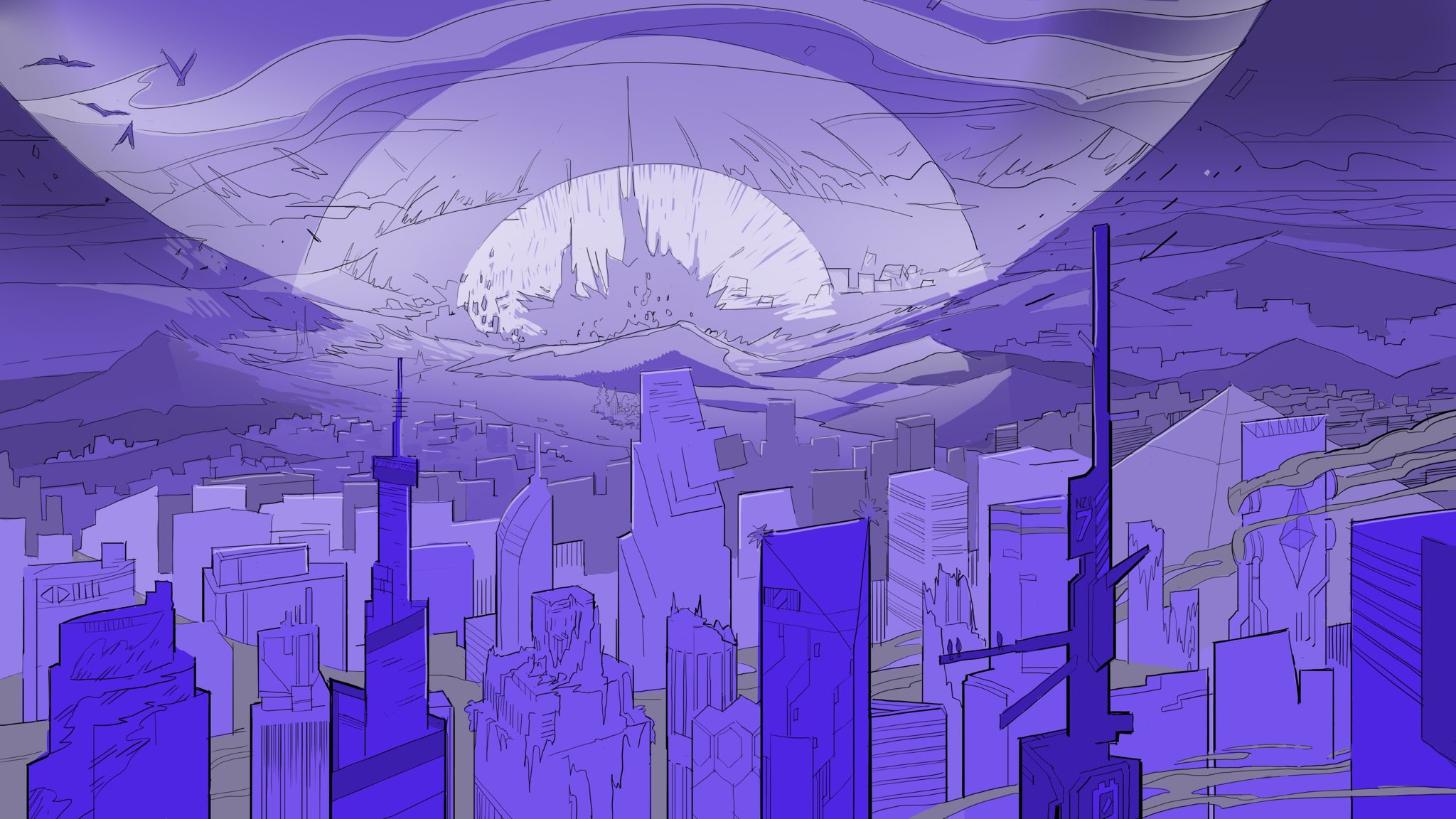 M0R1A: Do you sense that? What was that?

D34TH: The only good thing about the Nano Zones malfunctioning is it keeps them out as well.

D34TH: You guide them best you can, I'll be waiting on either side.

The launch of 0N1 Force pioneered a community movement to create lore so in-depth and inspiring that it attracted over 40,000 contributions that could span several novels or animated films. Cromagnus, the in-house illustrator for the 0N1 Force project, is currently working with Josh Blaylock to bring this world to life through an exclusive digital comic. The first official 0N1 Force comic will be available to holders as an NFT in the near future.

Please enjoy this preview of the cover for the first issue of 0N1 Force! 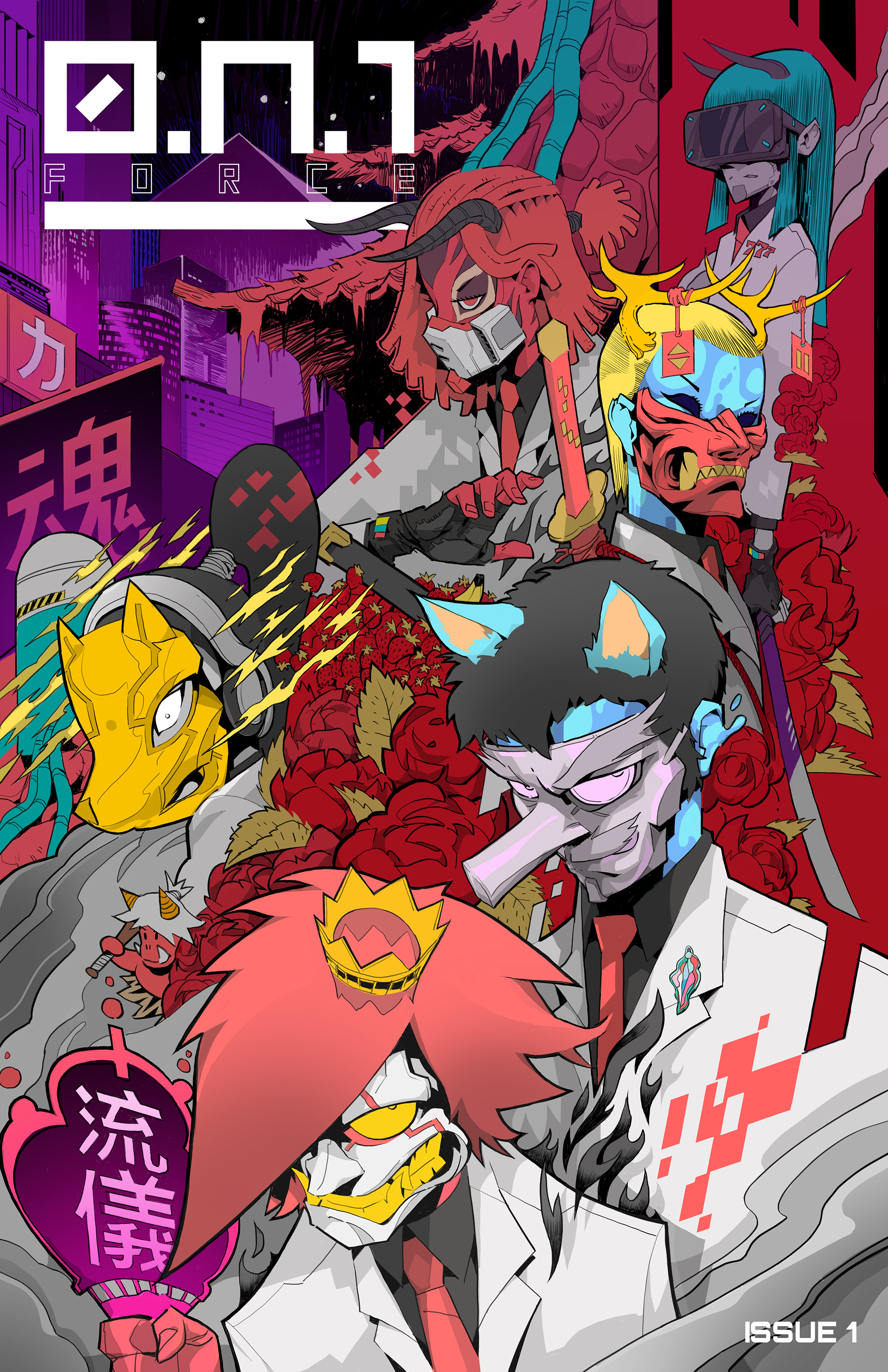